Willowglen MSC Bhd ("Willow") is involved in the research, development & supply of computer-based control systems (aka SCADA). Its systems can cater for a wide range of applications in key areas such as water management industry, oil & gas pipeline systems public utility systems & integrated monitoring systems. Its main market continues to be Singapore and Malaysia while its Indonesia operations are at development stage where it focuses in providing SCADA and security solutions to the data centers, utilities and building facilities industries.

Willow's financial position as at 31/12/2012 is deemed satisfactory. It has no bank borrowings but instead it had cash in hand of RM31 million (or, 12 sen per share). The bulk of its assets are tied down in debtors (comprising amount owing by contract customers of RM26 million and trade debtors of RM17 million). While compared to its annual revenue of RM83 million, the debtors collection period is rather high at 189 days. Since the bulk of this receivable is due to contract customers, the high collection period could be the industrial practice which the company has to abide to.

Willow (closed at RM0.37) is now trading at a PE of 5.9 times (based on last 4 quarters' EPS of 6.32 sen). At this PE multiple, Willow is deemed fairly valued for a small cap, with potential for sales growth in the future.

Willow seems to have broken above the resistance posed by the line connecting its peaks over the past 10 years. This upside breakout could signal the beginning of the next upleg for the stock.

Note:
In addition to the disclaimer in the preamble to my blog, I hereby confirm that I do not have any relevant interest in, or any interest in the acquisition or disposal of, Willow.

For QE31/12/2012, QL's net profit dropped 14% q-o-q or 8% y-o-y to RM31.5 million while revenue was mixed- dropped 3% q-o-q but rose 8% y-o-y to RM537 million. The q-o-q decline in bottom-line was due to poorer results from the Integrated Livestock segment where revenue dropped RM31 million while pre-tax profit dropped by RM9 million. This had more than off-set the increase in revenue & pre-tax profit from the Palm Oil segment of RM15 million & RM2 million, respectively.

QL is now trading sideway, with horizontal support at RM3.00. Overhead resistance is at RM3.25.

Note:
In addition to the disclaimer in the preamble to my blog, I hereby confirm that I do not have any relevant interest in, or any interest in the acquisition or disposal of, QL.
Posted by Alex Lu at 2/25/2013 01:42:00 PM 2 comments:

FBMKLCI tested its long-term uptrend line, S-S2 two weeks ago. In its current weak state, I won't be surprised if it were to re-test this uptrend again soon. While the index will have good support at the long-term uptrend line, S-S2 (at 1605) as well as the strong horizontal support of 1600, there is little catalyst for a rebound. In fact, this market rally which began in early 2009 is approaching its 4-year mark. With an impending general election around the corner, more & more investors chose to reduce their exposure in the market.

If the selling persists and FBMKLCI breaks below the 1600 mark, it could easily go down to the 1500 mark. When FBMKLCI broke its then long-term uptrend line, S-S1 was in July 2011, the index lost 16% from the breakdown level of 1565 to the low of 1310. A similar 16%-drop today would translate to a low of 1350! I have appended the weekly chart of FBMKLCI and the close-up below.

CPO slid last week on reports that a smaller-than-expected decline in stockpile (go here and here). From the chart, I expect CPO prices to test the support from the long-term downtrend line, R-R1 which coincides with the support from the medium-term uptrend line, S2-S2, at RM2400. A rebound from this support level is expected, though the rebound may be muted (probably falling short of the psychological RM2500 level). A break below RM2400 level (whether on first test or subsequent test) would send CPO prices to the recent low of RM2300. We will have to wait & see whether CPO prices can find support at this level; thus, forming a base for this commodity.

Despite the seasonally lower output, reduction in export duties for CPO and proposed Biodiesel 10% blend in 2014, CPO prices are still adrift. This is a sign that the supply of CPO is more than its demand and the market forces at work seeks to find an equilibrium at a lower clearing price. I expect this weak prices for CPO to persist for a while. 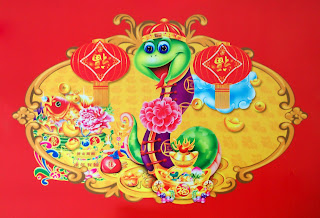 For QE31/12/2012, Digi's net profit dropped by 22% q-o-q or 37% y-o-y to RM246 million while revenue increased by 3% q-o-q or 5% y-o-y to RM1.63 billion. The decline in net profit q-o-q basis was attributed to higher accelerated depreciation from network modernization, which was partially off-set by lower operating costs incurred from the Group’s continued cost optimization focus.

Based on the decline in its financial performance, unattractive valuation & negative technical outlook, Digi is rated a SELL.

Note:
In addition to the disclaimer in the preamble to my blog, I hereby confirm that I do not have any relevant interest in, or any interest in the acquisition or disposal of, Digi.
Posted by Alex Lu at 2/07/2013 10:04:00 AM No comments:

FBMKLCI is testing the important psychological 1600 mark. This level is also the support of the uptrend line, S-S2. If the index breaks below this critical support, it may see a drop similar to July 2011 with FBMKLCI possibly traveling down as far as the rising "horizontal" line AB, presently at 1400.

The same pattern is seen in the FBMEmas chart. Here the index has marginally broken below the important psychological 11000 mark which happens to be the uptrend line, S-S2. If there is no recovery in FBMEmas, this index may travel down to test the rising "horizontal" line, AB at 10000.


This is a critical juncture in the market, which has been weighed down by the fear of an impending General Election and aggravated by the upcoming 2-day break for the Chinese New Year. Can the FBMKLCI stay above the 1600 (or the FBMEmas stays above the 11000 mark? To paraphrase Thomas Paine, these are the days that try the investors' souls (for the original article, go here or here).
Posted by Alex Lu at 2/07/2013 09:32:00 AM No comments:

PWRoot's financial position as at 30/11/2012 is deemed healthy. Its current ratio stood at 2.9 times while gearing is negligible at 0.06 time. A look at the current assets revealed that it has receivables of RM100 million or a receivable turnover of 135 days (compared to revenue of RM203 million for the 9-month ended 30/11/2012). This is compared to a receivable turnover of 135 days experienced by Oldtown (where its receivable as at 30/9/2012 stood at RM48 million while revenue from Beverage operation for 9-month period amounted to RM98 million). As such, I believe PWRoot's receivable is within industrial average & its financial position is deemed satisfactory.

PWRoot (closed at RM1.20 last Thursday) is now trading at a PE of 12 times (based on last 4 quarters' EPS of  9.90 sen). If the gain from property disposal of RM3.4 million is excluded, the PE would be about 13 times. Previously, I have rated PWRoot as fairly valued (go here).

However, if we take into account its strong earning growth of about 70% (even after excluding gain from property disposal), PWRoot's  PEG ratio is about 0.2 time. If the strong growth tapered off (say, to 25%), the PEG ratio will still be fairly comfortable (at about 0.5 time). As such, I like to revise my previous take on its valuation to be under valued.

PWRoot is in an uptrend, with immediate horizontal support at  RM1.05.

Note:
In addition to the disclaimer in the preamble to my blog, I hereby confirm that I do not have any relevant interest in, or any interest in the acquisition or disposal of, PWRoot.
Posted by Alex Lu at 2/04/2013 11:10:00 AM No comments:

For QE30/11/2012, Spritzr's net profit increased by 63% q-o-q or 54% y-o-y to RM5.1 million while revenue was mixed- dropped 2% q-o-q but rose 4% y-o-y to RM47 million. Despite 2%-drop in revenue, bottom-line improved due to the reduction in packaging material prices as well as selling and distribution expenses.

Spritzr (closed at RM1.00 on last Thursday) is now trading at a PE of 9.3 times (based on last 4 quarters' EPS of 10.69 sen). For a stable consumer stock, Spritzr's valuation is deemed quite attractive.

Spritzr seems to have broken above its downtrend line at RM0.90 in December 2012. With this breakout, the stock could continue with its prior uptrend and retest its previous high at RM1.20-1.30.

Note:
In addition to the disclaimer in the preamble to my blog, I hereby confirm that I do not have any relevant interest in, or any interest in the acquisition or disposal of, Spritzr.
Posted by Alex Lu at 2/04/2013 08:57:00 AM No comments:

For QE31/12/2012, MBSB's net profit increased by 104% q-o-q or 119% y-o-y to RM184 million while revenue was mixed- dropped by 6% q-o-q but rose by 40% y-o-y- to RM487 million. Pre-tax profit increased q-o-q due to higher income from Islamic banking operations, higher other operating income & lower allowance for impairment losses on loans, advances & financing. This was partially offset by higher other operating expenses. Net Profit jumped q-o-q due to over-provision for taxation for prior years of RM21.9 million. Interestingly, MBSB provided for under-provision for taxation for prior years of RM22.3 million for QE30/9/2012.

MBSB (closed at RM2.26 last Thursday) is trading at a gross PE of 6.2 times (based on gross EPS for the last 4 quarters of 36.74 sen). After including the 503 million warrants outstanding, the net EPS would be about 26 sen. This would give us a net PE of 8.7 times. Overall, MBSB is deemed quite attractive.

The stock is still in an uptrend. It is resting on the 40-week EMA line & horizontal line at RM2.20.

Note:
In addition to the disclaimer in the preamble to my blog, I hereby confirm that I do not have any relevant interest in, or any interest in the acquisition or disposal of, MBSB.
Posted by Alex Lu at 2/04/2013 08:47:00 AM No comments:

Alex Lu
I am a remisier in Bursa Malaysia. I have started this blog to record my observations of the Malaysian stock market as well as other investment markets. My email is alexlu_kl@yahoo.com.